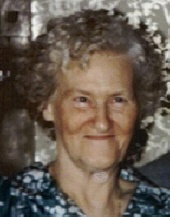 Margaret Viola “Peggy” Sheffer, formerly of Smith Ave., died Tuesday, January 17, 2006 at Golden Hill Health Care Center. She was 90. She was born May 12, 1915 in Brooklyn, a daughter of the late William and Loretta Curry Loughran. On April 3, 1934, she married LeRoy A. Sheffer who died December 10, 2003. Surviving are a brother, George Loughran of Kingston, three grandsons, Dr. LeRoy K. Sheffer of Kingston and Kyle and Christian Sheffer, both of Ruby and a granddaughter, Mrs. Eric (Margaret) Sauer of Ulster Park; great-grandchildren Danielle, Eric Jr. and Joshua Sauer, Taylor and Leah Sheffer and Tyler Swart. Many nieces and nephews also survive. A son, LeRoy Sheffer and his wife, Joyce Sheffer and a brother William Loughran died previously. Reposing at the Simpson-Gaus Funeral Home, 411 Albany Ave. on Friday from 2 – 4 & 7 – 9 pm. The funeral procession will form on Saturday at 9:15 am from the funeral home. At 10:00 am, a funeral Mass will be celebrated at St. Mary’s Church in Kingston. Interment will follow in Montrepose Cemetery.
To order memorial trees or send flowers to the family in memory of Margaret Viola Sheffer, please visit our flower store.