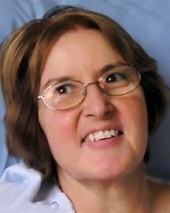 Hyde Park - Maria Antonia Pereira(known as “Ile” by her close friends) of Los Angeles, California left peacefully for heaven on Wednesday, July 5, 2005 at her home. She was 58. She was born on January 8, 1948 in Cuba. Ms. Pereira, came to the United States with her family as a child. She became a member of the Focolare Movement, a lay Catholic Movement, in 1974 and dedicated the rest of her life to working tirelessly to building unity, which is the goal of the Focolare. She was co-director for the Movement in the Dominican Republic for 15 years. Since 2001 she has been Focolare co-director for the West Coast of the United States, with its center in Los Angeles. She will be remembered for her joy, her ability to focus on what is essential in life and her generosity. She is survived by her mother, Raquel Maria Pereira and two sisters, Carmen Jackson and Maria Hughes. A wake and vigil service will be conducted at Our Lady of the Light Chapel, Mariapolis Luminosa, Hyde Park on Wednesday from 6:00 PM - 8:30 PM. On Thursday, a Funeral Mass will be celebrated at 10:00 AM. Interment will be in Mariapolis Luminosa Cemetery.
To order memorial trees or send flowers to the family in memory of Maria Antonia Pereira, please visit our flower store.

Our Lady of the Light Chapel at Mariapolis Luminosa