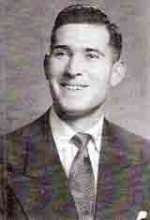 Marvin I. Millens, President of the former Millens Steel & Fabricating Service, Inc. and civil leader, died Sunday, December 13, 2009. He was 80. Born April 16, 1929 in Kingston, NY and a resident of the Kingston and Port Ewen areas for 75 years, he was the son of the late Max and Helen Levine Millens. He graduated from Kingston High School in 1947 and Syracuse University with a B.S. in Management in 1951. Following his service in the US Army service he worked for B. Millens & Sons, a family owned scrap iron and metal business. Starting at age 14 as a laborer in summer employment he rose to management positions in the company. He was instrumental in the forming of the new steel division of B. Millens & Sons and become president of a separate entity Millens Steel & Fabricating Service, Inc. in 1968, which became one of the leading structural steel distributors, fabricators and erectors in the Hudson Valley. Community wise, he was a state director of the New York State Junior Chamber of Commerce, president of B'nai Brith Lodge, president of the Kingston Industrial Management Club, a member of the Kingston YMCA Board of Directors, a member of Rotary International, Masonic Lodge #343, the American Legion and the Ulster County BOCES advisory council. Since moving to Henderson, NV in 2004 Mr. Millens had been a member of Midbar Kodesh Congregation, where he had been an active member of the Men's Club, Hazak and Chavurah social and community service clubs. He was also a block captain in the Sun City Anthem Emergency Preparedness Committee. Survivors include his wife Sabina S. Millens, whom he married April 1, 1962; a sister Barbara Gaynes of Chevy Chase, MD; one daughter Maxine W. Goldberg of Albany, three sons: Arnold L. Millens of Windsor, CO, Neil B. Millens of Kingston and Jeffrey M. Millens of Saratoga; six grandchildren, Jared, Liam, Lauren, Aidan and Gavin Millens, and Ethan Goldberg, several cousins, a niece and nephew. Funeral services will be conducted at Simpson Gaus Funeral Home, 411 Albany Ave., Kingston, NY on Thursday at 12:00 p.m. Rabbi Yitzchok Hecht will officiate. Interment will be at Montrepose Cemetery. In lieu of flowers, memorial contributions may be made to Congregation Ahavath Israel PO Box 3063, Kingston, NY 12401 or The Society for Progressive Supranuclear Palsy (psp.org). Shiva will be observed at 34 Glendale Ave., Albany 12208 on Thursday evening thru Friday afternoon, Saturday evening thru Sunday. Memorial services on Thur. at 7:00 p.m, Sat and Sun at 5:00 p.m.
To order memorial trees or send flowers to the family in memory of Marvin I. Millens, please visit our flower store.