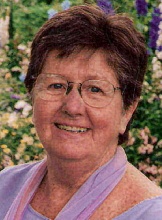 Mary Catherine A. Conway of Pond Park Road, Woodstock died Tuesday, November 4, 2008 in Albany. She was 77. She was born in Kingston on September 29, 1931, daughter of the late Judge J. Edward and Catherine Kenny Conway. Ms. Conway attended St. Ursula's Academy, Kingston and then Holy Names Academy, Albany. Trained as a classical pianist and graduating with highest honors from Holy Names, she performed with the Albany Symphony Orchestra. She attended St. Rose College, Albany, then Fordham University, NYC, where she received a bachelors degree in journalism. Her career began in broadcasting as an assistant to Mary Margaret McBride (known as the "First Lady of Radio) on Radio NBC in New York City. She worked both on the air and behind the scenes on this nationally syndicated program. Ms. Conway continued working with Ms. McBride on WGHQ Kingston, NY when the latter moved to Shokan. For many years she produced her own daily radio show "The Cay Conway Show" on Radio WKNY, Kingston from 9:00 - 10:00 a.m during the mid-1970's to the late1980's. She also worked in advertising for Don MacIsaac and then freelanced in that field for many area businesses. Active in community service for many years. Ms. Conway had served on the Board of Directors of the Hudson Valley Philharmonic. Two brothers, James E. Conway and John Conway both died previously. Surviving are two daughters Mara Di Donna of Kingston and Deirdre Di Donna of Ashland, Massachussets, her former husband Louis A. Di Donna of Town of Ulster, two sisters-in-law Frederica Conway and Patricia Conway, and many nieces and nephews. Family and friends will gather at the Simpson - Gaus Funeral Home on Friday from 5:00 - 7:00 p.m., Saturday from 1:00 - 3:00 p.m. and 6:00 - 8:00 p.m. A service in celebration of her life will be conducted on Sunday, November 16th at 12:30 p.m. at the funeral home. Memorial contributions may be made to WMHT.org (518-880-3400; queensgalley.org (845-338-3468) or National Fibromyalgia Assoc. at fmaware.org (714-921-0150) Please post testimonials at www.SimpsonGaus.com. Cremation was in Poughkeepsie Rural Cemetery. Inurnment will be in St. Mary's Cemetery at a later date.
To order memorial trees or send flowers to the family in memory of Mary Catherine Anne Conway, please visit our flower store.