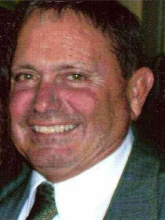 Michael A. Hart of Washington Ave., Kingston died Monday, November 26, 2007 at Benedictine Hospital. He was 61. A native and lifelong Kingston resident, he was born March 3, 1945, a son of the late Michael A. and Mildred C. Weber Hart. He married Fran Marello on July 18, 1965. For 38 years Mr. Hart worked at Central Hudson. He retired, as a working foreman, in July 2006. One brother Richard Hart died in 1992. Surviving, in addition to his wife of 42 years, are one son Michael Hart and his wife Lara of Kingston; one sister Kathleen Hart; one grandson Logan Hart; two brother in laws Bob and Dino Marello; two sister in laws Suzy Marello and Liz Hart; and his mother in law Beatrice Marello. Reposing at Simpson - Gaus Funeral Home, 411 Albany Ave. on Wednesday 2-4 and 6-9. The funeral will be Thursday at 9:15 AM from the funeral home. A Funeral Mass will be celebrated at St. Joseph's Church at 10:00 AM. Interment will be in St. Mary's Cemetery. Memorial contributions may be made to Make-A-Wish Foundation, 280 N. Bedford Rd., 2-B, Mt. Kisco, NY 10549.
To order memorial trees or send flowers to the family in memory of Michael A. Hart, please visit our flower store.