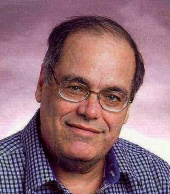 Miguel Villanueva, 67, of Saugerties, died Friday, November 16, 2012 at Columbia Presbyterian Hospital in New York City. Born in Santiago, Chile, he was the son of the late Diderot & Elsa De La Cruz Villanueva. He attended junior high school in Chile, which was run by the Marist Brothers and then attended military academy for high school. He became a naturalized citizen in 1990 and graduated from SUNY New Paltz in 1994. He was a computer programmer for IBM for 38 years and was a member of the Quarter Century Club. He then worked for NYS OTDA (Office of Temporary & Disability Assistance) as a programmer for 4 years. Miguel loved to travel and was a gentle soul who had a soft spot in his heart for all animals. He is survived by his wife of 24 years, Darlene Pulver Villanueva, a brother, Patricio Villanueva and his wife Sylvia of West Hills, CA, a niece Sandra and a nephew Oscar. Reposing at the Simpson-Gaus Funeral Home, 411 Albany Ave.today,(Monday)from 2-4 and 7-9. A funeral service will be held on Tuesday, November 20, 2012 at Trinity Episcopal Church in Saugerties, at 11:00 AM. Interment will be private. The family requests that memorial donations be made to an animal rescue shelter of one's choice.
To order memorial trees or send flowers to the family in memory of Miguel Villanueva, please visit our flower store.