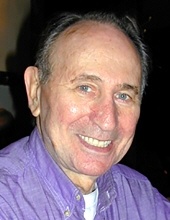 Murray Koren, 94, of Woodstock and Manhattan died Friday, August 26, 2022, at his home in Manhattan.

Born in Brooklyn, he was the son of the late Harry and Ida Korn. Murray was an imaginative man, who was the loving husband of Elaine Koren and the father of Michael Koren and Lori Todd. As a husband, Murray was devoted to his wife, “the love of his life.”

By day, he worked as a Professional Engineer for the City of New York, in private industry, and finally as Chief Engineer at the Jewish Home (An Assisted Living facility) in Manhattan. By night and after retirement, Murray was a skilled craftsman who built furniture, sculpture and just about everything else that was needed at their homes in Brooklyn, NY and Woodstock, NY. He also enjoyed darkroom photography.

Murray’s wife Elaine was an accomplished author, and he edited all of her books.
Inspired by his wife’s published writing accomplishments, he embarked on writing a series of humorous short stories, and published them in a book entitled Coney Island Odyssey. This autobiographical collection begins in the early 20th century, with story titles: “Hershel and the Finisher”, “Education of Murray”, “Winds of War”, “Return”, and “The Promise”.

People who met Murray remember his patience, integrity, total fairness and even-handedness, his analytical skills, and his ability to listen with full engagement. He never showed preferences between his children, supporting a healthy relationship between them, putting aside all judgement. He was undeniably reliable in his display of fairness and even handedness which served him and his marriage well, traits that were passed on to both son and daughter.

Most of all, he deeply loved his wife Elaine. When Elaine got ill in 2015, he was her caretaker until she passed in 2020. Murray suffered immensely from losing her - a 58-year long marriage - to the very end. After she died, he surrounded himself pictures of Elaine and her art.

He is survived by his two adopted children, Michael Koren (and his husband Giovanni Garcia) of Durham, NC, and Lori Todd (and her partner, Rob Katz) of Chapel Hill, NC. One granddaughter, Sara Koren-Herve, also survives with her husband, Seth Koren-Herve, and his great granddaughter, Naomi Koren-Herve, nearing two years of age. Murray was the eldest of three brothers. He was predeceased by brother, Sidney Korn. His youngest brother, Danny Korn, is married and continues to live in Brooklyn, NY.

A graveside service will be held for Murray at the Woodstock Artists Cemetery on Wednesday, August 31, 2022, at 1:00 PM, with Rabbi Charley Rudansky officiating.

Simpson-Hammerl Funeral Home is honored to assist the family of Murray with the arrangements.
To order memorial trees or send flowers to the family in memory of Murray Koren, please visit our flower store.