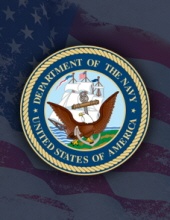 Ned was born in Clearwater, FL to the late Oliver and Irene (Houck) Burlew. He was the husband of the late Doris L. (Lechner) Burlew, who died in 2011.

Ned worked for IBM of Kingston until his retirement. He was a Veteran of the United States Navy, serving from 1948-1952 as an Aviation Electronics Technician.
Ned was an avid hunter and fisherman, who also enjoyed boating, piloting airplanes, and riding his motorcycle with family and friends. He was known as a true family man, opening his home to anyone in need.

In addition to his parents, his son, David Burlew, brother, Don Burlew and a foster daughter, Grace Jones, died previously.

A Funeral Service will follow at 2:30 PM at the funeral home with Rev. David Brechter officiating.

Inurnment is at the discretion of the family.

Donations may be made in Ned’s honor to CAP’S Fund Inc., Cancer Assistance for Parents, 30 Grand St., Kingston, NY 12401.
To order memorial trees or send flowers to the family in memory of Ned Burlew, please visit our flower store.