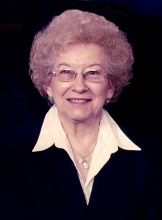 Pauline M. Polacco, 93, a lifelong resident of Kingston, died Wednesday, November 15, 2017 at her home surrounded by her family. Born in Kingston, she was a daughter of the late Roman & Katherine Dudek Gardecki. Pauline worked for Skyline Manufacturing when she was younger. She then worked for many years at Wallaces and Britts as the store cosmetician. She attended training for Charles of the Ritz and Estee Lauder products. She also worked at Trinkets Jewelry, was a substitute in the Kingston City School System, and worked in the copy room at Kingston High School. Pauline was an original member of the Ulster County Adoration Chapel and a member of the Immaculate Conception Church Mothers Club and Rosary Society. She was also a member of the Ladies Society of Santa Maria. She was always dressed to the nines, with her hair and makeup done perfectly. Although she was not well for some time, she was kind and witty to the end. Paulines favorite past time was baking cakes from scratch, and she was known for her famous pies. She also enjoyed cooking, especially for her grandchildren. Pauline is survived by her two daughters, Diane Short and her husband Gary of Kingston, Tina Chambers and her husband Kevin of Kingston, five grandchildren, Gary Short, Shaun Smith, Cybill Cunningham, Kellie Chambers and Paul Chambers, three great grandchildren, Dylan, Kendyl and Cameron. Many nieces and nephews also survive. In addition to her parents, Pauline was predeceased by her husband, Johnny Polacco, whom she married on August 17, 1947 and who passed on September 20, 2010, five siblings, Mary Mamie Woinoski, Frank Gardecki, Walter Gardecki, John Gardecki and Rosalind Gavis. Pauline will be reposing at the Simpson-Gaus Funeral Home, 411 Albany Avenue on Sunday, November 19, 2017 from 2:00 to 6:00 PM. The funeral procession will form from the funeral home on Monday at 9:00 AM. A Funeral Mass will be celebrated at 10:00 AM at Immaculate Conception Church. Interment will follow in Mt. Calvary Cemetery. The family requests that memorial donations be made to Immaculate Conception Church, 467 Delaware Avenue, Kingston, NY 12401 .
To order memorial trees or send flowers to the family in memory of Pauline M. Polacco, please visit our flower store.