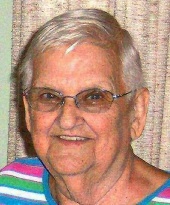 Phyllis A. Wolff, 79, of Kingston, died Friday, July 28, 2012 at Kingston Hospital. Born in Kingston, she was the daughter of the late Herbert & Sadie Lockwood Wolff. Phyllis worked at IBM for many years, where she was a member of the Quarter Century Club and a former President of the IBM Club. She was also a member of several bowling leagues. She is survived by many nieces, nephews, great nieces, great nephews and two great great nephews. In addition to her parents, Phyllis is predeceased by her eight siblings, Lois Cirriconi, Herbert, Bernard, Donald, Clarence, Bertha, George and Raymond Wolff. Reposing at the Simpson-Gaus Funeral Home, 411 Albany Ave, on Wednesday, August 1, 2012 from 2-4 and 7-9 PM. A Funeral Service will be conducted on Thursday at 11:30 AM, at the funeral home. Interment will follow in Montrepose Cemetery.
To order memorial trees or send flowers to the family in memory of Phyllis Wolff, please visit our flower store.