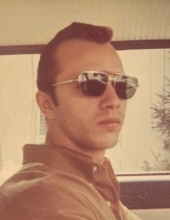 In June of 2003 Ralph retired as Superintendent at the Children’s Annex in the Town of Ulster after 19 years.

Ralph was much loved and thought of as a dad, grandfather, and friend to many. Everyone who knew Ralph knew his big heart and giving nature, he will be especially missed by his grandchildren whom he spent lots of hours playing xbox, watching tv and watching them play around the yard.

Ralph was predeceased by his wife, Barbra and sister, Lorraine Yovino.

Funeral Service and interment will be privately held.

Simpson-Hammerl Funeral Home is honored to assist the family of Ralph with the arrangements.

To order memorial trees or send flowers to the family in memory of Ralph Finno, please visit our flower store.