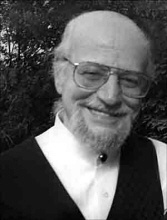 Ralph J. Calcavecchio, 80, of Brook St. in Kingston, NY, formerly of West Chester St., who worked at IBM as an engineer from 1954 to 2002, died at home on Monday Dec. 28 of liver and bone cancer. After retiring, he consulted for IBM and other companies and continued to work on national and international standards committees on electromagnetic compatibility (EMC) and radio interference until December 2004. During his career he invented measuring devices which are still used by IBM and won several awards. He was appointed the Standards Project Authority within IBM. His work took him to six continents. Through his work, as one colleague has said, he managed to turn phenomena perceived as "black magic" into a recognized scientific discipline. His negotiating skills led to the adoption of significant world-wide radio interference standards. He also wrote EMC standards for the United States. In 1994 and 1995, he hosted working group meetings of the International Special Committee on Radio Interference in Kingston. He also served on committees of the European Computer Manufacturers' Association, American National Standards Institute, U.S. National Committee Technical Advisory Group (Honorary Life Member), Advisory Committee on EMC, Computer Business Equipment Manufacturers' Assoc., the Electric Power Research Institute Power Electronics Applications Center, and the Institute of Electrical and Electronics Engineers (IEEE) EMC Society. Though the field is highly technical and specialized, Ralph explained that he worked to ensure that computers would not "short out" themselves or other appliances by discharging static electricity in homes and businesses. During his career at IBM, he worked in Kingston, Poughkeepsie, Research Triangle Park in North Carolina, and Hursley, England. Beyond his engineering career, he owned and operated the Rondout Bed & Breakfast for 21 years with his wife Adele, where he made his own maple syrup. He designed and built two houses, piloted his own airplane, owned and rode horses, acted in local theater, served on the board of the Arts Society of Kingston, and was a member of Friends of the Kingston Library, Performing Arts of Woodstock and the High Falls Civic Association, and a contributor to several charitable, arts, science, environmental and political groups. He was a proud progressive Democrat, who loved chopping wood, dancing, art, opera, and travel, particularly in Italy and England. He was born on August 22, 1929, a son of Angelo and Mary De Rosa Calcavecchio. He is survived by his beloved family, wife Adele, whom he married May 30, 1982; three daughters by his marriage to Frances Hluhanich: Dianne Valdivia and her husband Fernando of High Falls, Donna Calcavecchio and Tom Grasso of Rosendale, and Stephanie Calcavecchio of Connecticut; one son, Daniel of Brooklyn; two stepchildren, Margaret Kajeckas and her husband, Andrew Keck of Senegal and Jonathan Kajeckas and his wife, Anne of Santa Rosa, CA; a sister Marie Catalano of Toms River, NJ, three grandchildren, five step-grandchildren and many nieces, nephews and cousins. His parents and brother Richard predeceased him. Simpson-Gaus Funeral Home at 411 Albany Ave., Kingston is in charge of funeral arrangements. Reposing at the Simpson-Gaus Funeral Home, 411 Albany Ave. on Tuesday and Wednesday 2 - 4pm and 7 9pm. A funeral services will be conducted at the funeral home on Thursday at 12:00 PM. Rev. Robert L. Shearer will officiate. Inurnment and celebration of his life will be in Wiltwyck Community Mausoleum in the Spring. In lieu of flowers, the family suggests memorial contributions be made to the Parkinson's Disease Foundation, 10 Union Square East, Suite 5L, New York, NY 10003, the Friends of the Kingston Library, 55 Franklin St., Kingston, NY 12401, Arts Society of Kingston, 97 Broadway, Kingston, NY 12401 or the Rosendale Theater Collective, P.O. Box 250, Rosendale, NY 12472.
To order memorial trees or send flowers to the family in memory of Ralph J. Calcavecchio, please visit our flower store.