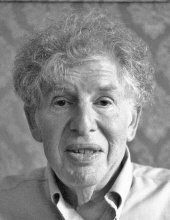 A pioneering composer and performer and a member of Bard College's Music faculty, Richard collaborated with the most exploratory musicians and artists of his generation, presenting his work at venues around the world, and receiving major awards, including two Fulbrights and a Guggenheim Fellowship.

Born in New York City on May 19, 1939, Richard was the elder of two children of attorney David Teitelbaum and Sylvia Lowenthal. He studied at Haverford College, Mannes School of Music, and Yale University.

In 1966 in Rome, with Alvin Curran, Frederic Rzewski, and others, he co-founded Musica Elettronica Viva (MEV), which pursued spontaneous, participatory music making for more than fifty years. In 1970 at Wesleyan University, he created the World Band, one of the first intercultural improvisation groups, with master musicians from India, Japan, Korea, the Middle East, and North America. Richard’s Digital Piano System combined computer-controlled and human pianists, and his interactive intermedia operas “Golem” (1989) and “Z’vi” (2003), explored Jewish mysticism.

A soft-spoken and gentle spirit, Richard was admired by his friends and colleagues for his considerable intellectual gifts and quiet sense of humor. He was a man of few but select words, and he usually only spoke up when he had something poignant or questioning to add to a conversation. A voracious Yankee fan, he was equally as passionate when it came to politics and the arts and always kept both social progress and fairness in a fine balance. He cared about people and the state of the world in general.

Richard is survived by his wife, the classical pianist Hiroko Sakurazawa, his brother Tim Teitelbaum, and nephews Benjamin, Felix, and Justin.

The Funeral Service and Interment for Richard will be privately held.

Simpson-Hammerl Funeral Home is honored to assist the family of Richard with the arrangements.

Online condolences may be left for the family of Richard by visiting www.SimpsonHammerl.com
To order memorial trees or send flowers to the family in memory of Richard L. Teitelbaum, please visit our flower store.