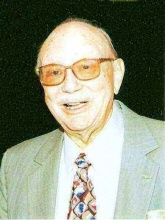 Robert A. Kurland, Professor Emeritus of SUNY Ulster, of Park Street, Hurley died Tuesday, May 1, 2007 at Kingston Hospital. He was 81. He was born in Manchester, CT on July 21, 1925, a son of the late Reuben and Reba Feinberg Kurland. As a student at Manchester High School he served as captain of the cheerleading squad and columnist for the 'H.S. World.' A member of the Dramatic Clubs, he graduated in the class of 1943. An Eagle Scout, he served as an Assistant Scoutmaster in Manchester and Troop leader and Committeeman in Hurley's Troop #20. The Rip Van Winkle Council awarded him a District Award of Merit. in 2006 he received the Silver Beaver Award for adult leadership and in 2007 was honored for 70 years of active service to the BSA. Mr. Kurland volunteered as a counselor at the Salvation Army camp for underpriviledged children. During WW II he served as a Petty Officer aboard the destroyer USS Norman Scott. He was cited for combat activities for rendering first aid to the crew after he was severely wounded by Japanese shore batteries on Tinian Island. Mr. Kurland was awarded two Purple Hearts, three battle stars on the Asiatic-Pacific Ribbon and Combat Activities Ribbon. He served as Flotilla Staff Officer with the US Coast Guard Auliliary and was awarded the Special Operations Service Ribbon for Operation Neptune. Mr. Kurland received a B.S. degree from Springfield College in 1949 and a Masters of Social Work from Tulane University in 1952. The University of Hartford awarded him an honorary degree. He held social work posititions in New Orleans, Poughkeepsie, Norfolk, VA, Waterbury, CT and Kingston. He married Estelle Projan in the Bronx in 1950. A Red Cross volunteer, Mr. Kurland taught First Aid and CPR and served in five national disasters. He served on the Ulster County Chapter Board of Directors. A Hurley resident since 1962, Mr. Kurland served as Executive Director of the Jewish Community Center and the Ulster County Jewish Federation. Under his direction the Jewish Community Center Day Camp served hundreds of children each summer. Mr. Kurland served as Vice Chairman to the Kingston Area Council of Social Agencies. He served as Chairman of the Public Service Department of Ulster Community College. Under his guidance, educational programs in Social Work, Criminal Justice, Fire Administration and Correction Administration were started. Mr. Kurland was an active fire fighter and rescue squad member of both Hurley Fire Department and Spring Lake Fire Department. He was a member of Congregation Temple Emanuel and the Hurley V.F.W. Post 5086. The Dictionary of International Biography carried his bio in their 1970 edition. He was awarded the title of Diplomate in Clinical Social Work, noted in the 1975 'Notable Americans of the Bicentennial Era' and editions of 'Who's Who in the East.' In the 1980's Mr. Kurland was listed in 'Who's Who Among Human Service Professionals' and 'Amazing Story of the Kurland's in America.' Surviving are his wife of 57 years, Estelle Kurland, one son Fred Ira Kurland of North Carolina, three granddaughters Rachel, Sarah, and Naomi all of Saugerties; two great granddaughters Rebecca and Nevaeh, both of Saugerties, one nephew Dr. Steven Projan of Nyack, NY; and one niece Elizabeth Gott of Stamford, CT. Funeral services will be conducted on Friday at 10:00 AM at Temple Emanuel, 243 Albany Ave., Kingston. Rabbi Yael Romer will officiate. Interment, with military honors by Hurley Post 5086 V.F.W., will be in Montrepose Cemetery. Shiva will be held on Saturday, May 5 from 7:30 to 9:30 pm, and Sunday, May 6 from 2:30 to 4:30 at the Kurland residence. Memorial contributions may be made to Boy Scout Troop #20, PO Box 272, Hurley, NY 12443; Temple Emanuel, 243 Albany Ave., Kingston, NY 12401 or American Red Cross, Ulster County Chapter, 21 O'Neil St., Kingston, NY 12401.
To order memorial trees or send flowers to the family in memory of Robert A. Kurland, please visit our flower store.