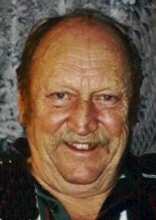 Robert L. Maines, former Chief of the Kingston Fire Department, of Broadway, Port Ewen died Sunday, February 12, 2006 at Benedictine Hospital. He was 84. Born in Kingston on May 3, 1921, he was a son of the late Elisa Wright and Lillie May Quick Maines. Mr. Maines served in the US Navy during WW II in the Pacific Theater of Operations. He was a member of the Veterans of Foreign Wars, Joyce - Schirick Post 1386. In 1948 Mr. Maines was appointed 3rd Grade Fire Fighter to the Kingston Fire Department. He was promoted to Lieutenant in 1961 and Captain in 1964. After serving as Deptuty Chief from 1968, he was appointed Fire Chief in 1972. He retired in 1975. Mr. Maines was a sixty year member of the Rondout Lodge, No. 353, F. & A.M. His wife, Ruth Saxe Mained died in 1991. Two brothers Clyde and Alexander Maines and one sister Dorothy Murphy all died previously. Surviving are his son Robert L. Maines and his wife Margaret of Kingston; two granddaughters Katherine and Martha Maines; one great grandson Isaiah Robert Maines; several nieces, nephews, grand nieces and grand nephews. Reposing at the Simpson - Gaus Funeral Home, 411 Albany Avenue on Tuesday 2-4 and 7-9 PM. The Joyce - Schirick Post 1386, V.F.W. will conduct a ritualistic service at 7:15 PM. The Rondout Lodge No. 343, F. & A.M. will conducted a ritual at 7:30 PM. Memorial contributions may be made to the American Heart Assoc., PO Box 3049, Syracuse, NY 13220 or the American Diabetes Assoc., PO Box 31160, Hartford, CT 06150-1160.
To order memorial trees or send flowers to the family in memory of Robert L. Maines, please visit our flower store.