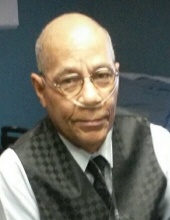 Born in Catskill, he was a son of the late Robert William Russell SR. & Martha (Ivery) Lowe.
Robert worked for the Ulster County public works for many years from which he retired. He went to Columbia Greene College for art he loved sitting outside drawing or just collecting things and making art work out of it he used to say, another man’s trash is someone’s treasures. He loved being around family and most of all he loved having family gathering.

In addition to his parents, Robert was predeceased by six siblings.

Funeral Service and Interment will be held privately.

Simpson-Hammerl Funeral Home is honored to assist the family of Robert with the arrangements.
To order memorial trees or send flowers to the family in memory of Robert William Russell, Jr., please visit our flower store.