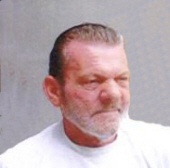 Ronald E. 'Hog / Half-breed' Jansen Sr. of Spring Lake, Lucas Ave., Town of Ulster died Saturday morning at Benedictine Hospital. He was 68. Born in Wilbur, Kingston on September 24, 1936, he was a son of the late Lester F. and Genevieve K. Hempstead Jansen Sr. As a young man he lived in Ponckockiewas and was an avid baseball player. He was known as 'Hog Jansen'. Ron served in the US Army from 1953 till 1956. He was stationed at West Point. Ron married his 'side-kick' Rosemarie E. Scully on September 23, 1956. For many years Ron worked for area contractors through Local #17, Newburgh. He was a driller, blaster and foreman. He was instrumental in forming the Ulster County C.B. Road Patrol club under the direction of former Ulster County Sheriff Thomas Mayone. His handle was 'half-breed.' Ron was a wood craft hobbyist, avid boater and previously belonged to Excelsior Hose, Kingston. Surviving in addition to his wife and side-kick of 48 years, are three daughters Cindi Reinhardt and her husband John Sr. of Kingston, Cherie Traficante of Kingston and Rondamarie Avery and her husband Edward Jr. of Kingston; one son Ronald Jansen and his wife Joann of Kingston; one sister Patricia DeGraff and her husband Paul of Kingston; four grandchildren Stefanie and Salvatore Traficante, Rosanne and Victoria Jansen. Several nieces, nephews and cousins also survive. Reposing at the Simpson - Gaus Funeral Home, 411 Albany Ave. on Monday 2-4 and 7-9 PM. The funeral will be Tuesday at 12:00 PM at the funeral home, Deacon Richard Frohmiller will officiate. Interment will be in Montrepose Cemetery.
To order memorial trees or send flowers to the family in memory of Ronald E. Jansen Sr., please visit our flower store.