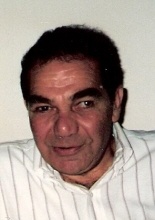 Sooren "Frank" Soovajian of Park Drive, Woodstock died Sunday, October 4, 2009 at Golden Hill Health Care Center. He was 77. He was born in Richmond, VA on June 21, 1932, the son of the late Misak and Pepron Soovajian, who had immigrated from Armenia before their son was born. During his teen years, looking to get away from the hustle and bustle of the city, his family moved to Saugerties, where he assisted his parents in the operation of their general store in Veteran for many years. Sooren graduated from Saugerties High School in 1950 and continued his education at Massachusetts Institute of Technology where he earned a Bachelor of Science degree in Business and Engineering Administration in June , 1954. He served on active duty for the U.S. Army in Germany during the Korean War from August 1954 to July 1956, where he received a Good Conduct Medal. He received an honorable discharge. Sooren earned his Master of Science in Management degree in January 1963 from Rensselaer Polytechnic Institute and was a Quality engineer with IBM Kingston for 34 years before retiring in 1990. Mr. Soovajian also owned a local Lee Myles franchise and worked as a commercial realtor. In his retirement, he spent the winter months with his wife in their Naples, FL home. He was an avid tennis player, finding friends new and old nearly every morning on the court. Later in life, he discovered the joys of painting and cooking, becoming an accomplished saucier in the confines of his home kitchen. He was in the process of compiling a cookbook and was looking forward to having it published. Sooren is survived by his beloved wife of 50 years, Virginia Ishkanian Soovajian, whom he married in 1959, his daughter, Anita Soovajian Reynolds and her husband William of Kingston; a son, Deran Soovajian and his wife, Karen of Beacon. One grandson, Sean Reynolds also survives. A brother predeceased him. A memorial service will be conducted by Pastor David Jolly on Thursday at 1:00 PM at the Simpson-Gaus Funeral Home, 411 Albany Ave., Kingston. Friends may call from 1 - 3 PM at the funeral home. Memorial contributions may be directed to the Golden Hill Health Care Center Activities Fund, 99 Golden Hill Drive, Kingston, NY 12401 or the American Cancer Society, 95 Schwenk Dr., Kingston, NY 12401.
To order memorial trees or send flowers to the family in memory of Sooren Soovajian, please visit our flower store.