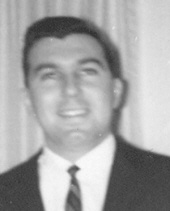 Stanley R. Davidson of East Drive, Hurley died Monday, August 20, 2007 at Benedictine Hospital. He was 73. He was born May 16, 1934 in Brooklyn, a son of the late Louis and Rose Fleischer Davidson. Mr. Davidson graduated from the City College of New York and received a graduate degree in Electrical Engineering from Brooklyn Tech. A 1st. Lt, Mr. Davidson served with the Army Corps of Engineers. He attended the US Army Engineering School in Fr. Belvoir and graduated in June, 1957. He also graduated from the Institute for Radio Engineers. Mr. Davidson was an electrical engineer and manager at IBM in Kingston for 36 years. He was active in the Saugerties Jay Cees, the Hurley Boy Scouts and coached girl's softball in Hurley. He was a member of the IBM Quarter Century Club. He was a wonderful husband and father. On October 31, 1960, he married Lila Levine Davidson. Surviving in addition to his wife are two daughters, Lisa Ellen Tucker of Kingston and Michele Susan Hauvers of Ossining; two sons, Scott Lewis Davidson of Hurley and Michael Elliot Davidson of Connelly; a brother, Robert Davidson of Cheshire, CT and a sister, Harriett Salek of Long Island. Also surviving are his grandchildren, Brittany, Megan and Josh Tucker; Justin, Mikey and Kelsielee Davidson; Lexi Nicole and Grant Hauvers. Many nieces and nephews also survive. Funeral services will be conducted on Wednesday at 1:00 pm by Rabbi Tamar Crystal of Congregation Ahavath Israel at Simpson-Gaus Funeral Home, 411 Albany Ave., Kingston. Interment will follow in Montrepose Cemetery. Memorial contributions may be directed to the Benedictine Hospital Foundation - Oncology Support, 105 Mary's Ave., Kingston, NY 12401.
To order memorial trees or send flowers to the family in memory of Stanley Raymond Davidson, please visit our flower store.