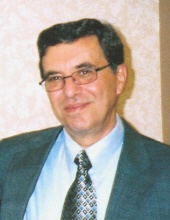 Stephan E. Withall, 74, of Kingston, passed away Monday April 11, 2022 surrounded by his loved ones.

Born in Kingston, he was the son of the late Arthur Withall & Erminia Brancati. Stephan attended a one-room schoolhouse in Rifton and graduated from Kingston High School in 1964. He served in the United States Army from 1966-1969 and was stationed at a NATO base in West Germany (Lager Lechfield Air Base). Stephan was awarded the Good Conduct Medal, National Defense Service Medal, and the Expert Marksmanship (M-14) Badge during his service. Stephan graduated with his degree (Bachelor of Science) in Business Administration from SUNY Albany in 1973, having attended there on the GI Bill. He was proud to have worked for IBM in Kingston and Poughkeepsie as a second line service manager. During this time, he had special assignments in Armonk, NY; Franklin Lakes, NJ; and Bentonville, AR. He also traveled to Japan on work projects. Stephan retired in 2006 after 40 years of service.

Stephan was a member of the American Legion and the Denman Mountain Hunting Club. He was a Cub Scout Leader for Pack 26 in Port Ewen. In his younger days, he participated in an IBM baseball league and a local bowling league. He enjoyed hunting, fishing, gardening, and rooting for the Mets.

Stephan is survived by his loving wife of 50 years Barbara Withall, a daughter Jennifer Withall, of Poughkeepsie, a son Stephen Withall and his wife Camille, of Miramar Beach, FL, his grandchildren Gabriel and Olivia. Stephan is also survived by his brother Robert Withall and his wife Ellen, of Ulster Park, a sister Barbara Singler and her husband Charles, of Canfield, OH, and a sister Christine Dippel and her husband John, of Kingston; his loving in-laws, including mother-in-law, Martha Laford, of Kingston, sister-in-law, Nancy Witkowski (Joseph) of Kingston, and brother-in-law Larry Laford (Cheryl) of Danielson, CT, as well as many nieces, nephews, cousins, and extended family.

Thank you to Steve’s Hospice care team, in particular Sara, Kayla and Brad, and his home health aide, Kathy. It takes a village to care for someone suffering with Progressive Supranuclear Palsy. Special thanks to the entire family and others for their prayers, visits, support, food preparations, phone calls, transportation assistance, and for keeping Stephan’s spirits up. We are all better persons for having known Steve.

As per Stephan’s, request funeral arrangements will be privately held for his family.

Simpson-Hammerl Funeral Home is honored to assist the family of Stephan with the funeral arrangements.

The family requests that in lieu of flowers, memorial donations be made to CurePSP (www.psp.org) in Stephan’s name.

Online condolences maybe left for the family of Stephan by visiting www.SimpsonHammerl.com.

To order memorial trees or send flowers to the family in memory of Stephan Withall, please visit our flower store.