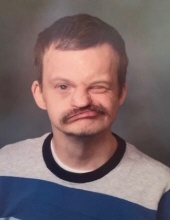 Stephen Michael Guinan, 60, of Hurley, New York passed away on December 29, 2021, at Health Alliance Hospital. He was born on May 12th, 1961, on Long Island, New York to the late Michael & Marie (Cellini) Guinan. Stephen Guinan is survived by his sister, Karen and her husband Frank, extended family (aunt, uncles, and cousins) along with his many friends and the ARC family.

Stephen lived in Hudson Valley from 1976 where he attended the Rhinebeck Country School. Upon turning 21 years of age, he moved to Woodcrest Manor in Rhinebeck, New York until taking up permanent residency in Hurley, New York in 1991.

Stephen, during the thirty plus years he lived at Allison Home, made an impact on everyone who knew him, and they likely have a story that is so uniquely, entertainingly Stephen He was a man who knew what he wanted and had the ability to win over everyone he met making sure he got it. Stephen’s endearing personality, including his unique ability to light up any room he entered, helped develop many long lasting relationships All of those who have grown to know and love him will miss that light but we are all the better to have loved him and blessed to have Stephen be a part of our lives.

Simpson-Hammerl Funeral Home is honored to assist the family of Stephen Guinan with service arrangements.

A memorial service to celebrate Stephen’s life will follow at the funeral home at 1:00PM.
To order memorial trees or send flowers to the family in memory of Stephen Guinan, please visit our flower store.