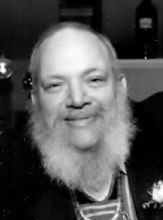 Steven Holzman, 70, of Hurley, died, March 10, 2018 at HealthAlliance Hospital Broadway Campus, surrounded by his loving family. Steven was born in Sharon, CT, to the late Solomon & Hazel Lopinsky Holzman. He was well known for his quirky sense of humor, love of family, Chinese food and finding the perfect yard sale. Steve had a huge and generous heart and was a gentle friend and modest mentor to all he met. Formerly a resident of Amenia, NY, his family moved to Kingston, NY when he was 12. A graduate of Kingston High School, he attended Ulster & Schnectady Community Colleges. He served in the United States Army Reserves & was known throughout Ulster County as an accomplished chef, working at the Joyous Lake Restaurant, the Rhinebeck County Village & Moveable Feasts Catering. Steve was the Director of Operations at Rhinebecks Astor Services for Children & Families for 37 years & his time there was succinctly summarized by one familys affectionate tribute: You gave your heart and soul to the kids of Astor. Steve is known to his friends and family as a trusted confidant, an attentive and compassionate listener, and someone who helped many people without an expectation or desire for recognition. He will be greatly missed by his friends, family, and his community. He leaves behind his wife and best friend of 44 years, Margaret Barrett Holzman, his son, David Holzman and his daughter, Sarah Polanski (Michal), brothers Larry (Dottie) and Gerry (Arlene), two grandchildren, Malina and Samuel Polanksi, and many loving nieces and nephews. Steven will be reposing at the Simpson-Gaus Funeral Home, 411 Albany Ave on Monday, March 12, 2018 from 4-7 PM. A Funeral Service will be held on Tuesday at the funeral home, at 10:00 AM, with Cantor Robert Cohen from Congregation Emanuel, officiating. In lieu of flowers, donations in his name should be sent to St. Jude Childrens Research Hospital, 501 St. Jude Place, Memphis, TN 38105-1942.
To order memorial trees or send flowers to the family in memory of Steven Holzman, please visit our flower store.