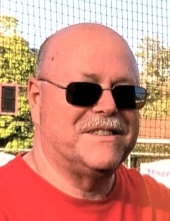 Thomas J. Milich, 67, of Woodstock, died Tuesday, September 6, 2022, at his home surrounded by his family after a short and courageous battle with glioblastoma brain cancer.

Born in Newburgh, he was a son of the late Louis & Elizabeth Hoffman Milich.

On October 1, 1977, at St. Joseph’s Church, New Windsor NY he married the love of his life Kathleen (Souter) Milich with whom he shared 44 wonderful years of marriage. Tom was a graduate of Newburgh Free Academy, Hudson Valley Community College, Orange County Community College and attended SUNY New Paltz. He began his career with IBM in 1978 which continued until his illness. He was the recipient of many awards and several patents for his work. Tom loved going to their cabin and boating on Mohican Lake, working around his property with his backhoe and skid steer and helping his family, friends, and neighbors.

A memorial visitation will be held on Saturday, September 10, 2022, from 1- 4 PM at the Simpson-Hammerl Funeral Home, 411 Albany Ave. In lieu of flowers please make a donation to the Saugerties Animal Shelter, 1765 Route 212, Saugerties, NY 12477 or to the charity of one’s choice.

Interment will be privately held.

Simpson-Hammerl Funeral Home is honored to assist the family of Tom with the arrangements.

To order memorial trees or send flowers to the family in memory of Thomas J. Milich, please visit our flower store.