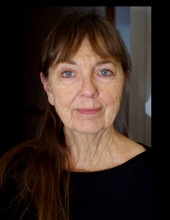 She was a wild pony dressed up as a blue bird.

Asked, days before she passed, what she would want highlighted in her obituary, without skipping a beat, she said, “They should know I was the Queen of Ojai…” Carrying on, in her softened voice she continued, “...and Ventura County. And Ventura’s first marina.” Through most of her life, she downplayed her years participating in, and winning, beauty contests emblematic of an early 1960s ideal she never felt completely comfortable with. But in the end she, owned the role of “queen” not by how it was assigned to her, but because of how hard she worked, her unrelenting devotion and the depth of her love.

Born January 20, 1944 in Melrose Park, Illinois to Verna and Clarence Ekman, Valerie was a joyous addition to her family during a historically difficult time. They nicknamed her “Penny” because of her copper colored hair. She was their Penny from Heaven, and she was a “good girl;” well-mannered, shy, a natural artist and in love with horses.

That love of horses¬, shared with her father, along with a desire for sunshine and easier living, drove them West when Valerie was 9 years old. They landed in Ojai, California, built a home and got those horses, fulfilling their California Dream. She attended Nordhoff Union High School, in its original location, and graduated from Chico State University, where she majored in Home Economics and Art.

While in college the idealistic California dream took an unexpected twist when she met her husband-to-be, Kenneth Cornelius. He was a wild card. A wild-hearted Native American from the way-other-side of the tracks. They made each other belly-laugh and for the first time she felt set-free to be her true, quirky self. It was a radical partnership that launched a life of adventure, challenge, spirituality and a great love of family.

They eloped after an extended courtship, and over a 10-year span of time brought three children into the world. Alarming paranormal experiences early in their marriage, fueled a search for Truth that wasn’t made clear in their traditional upbringings. It brought them back to Ojai, where they would live together through Kenneth’s passing in 2018. Always intrigued in alternative thinking, mystical traditions, and “far-out stuff,” their meditation practice and spiritual path sealed their bond and defined the course of their lives together, setting a tone of wonderment and creativity in their home.

Valerie’s eager imagination, inquisitive mind, thrifty resourcefulness and endless generosity made her a very hands-on mom who encouraged and helped cultivate the creativity of each of her children, and her grandchildren. While she never pursued a professional career, her legacy lives on through colorful paintings, whimsical sketches, endless hand-made birthday cards and the creative pursuits of her kin.

In her final chapter, Valerie relocated to the Kingston/Woodstock region of New York. She succumbed to her one and a half year battle with cancer, surrounded by family members, in her own home, and on her own terms.

Funeral Service and Interment will be privately held.
To order memorial trees or send flowers to the family in memory of Valerie E. Cornelius, please visit our flower store.