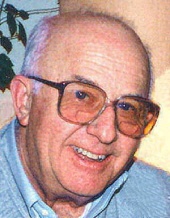 Vincent P. Berardi of First Ave., Kingston died Tuesday, September 16, 2008 at his home. He was 85. He was born in East Kingston on January 31, 1923, a son of the late Frank and Mary A. Nardi Berardi. A graduate of Kingston High School, he served in the U.S. Army Air Force from January 1941 to December 1944. He was a member of the Eighth Air Force, 398th Bomb Group and attained the rank of Second Lieutenant. He completed 35 missions as a pilot on a B-17 Flying Fortress in the European Theater. Mr. Berardi was awarded the Distinguished Flying Cross, Air Medal with three oak leaf clusters and the European, African and Middle East Theater ribbon with 3 stars (Normandy, N. France and Rhineland). He continued as a local aviator and flying instructor. He flew an arial photographer taking pictures of Mirror Lake in Esopus when it was being considered as the site for the construction of the United Nations. Mr. Berardi and his wife Christine owned and operated Vincent P. Berardi Fuel & Gas, Inc. for 39 years, on Rt. 32 in the town of Ulster. He was a parishioner of St. Mary's Church and a long-time Commentator and past-president of the Holy Name Society. He was past President of the Kingston National Little League; a longtime member of the former St. John-St. Liberata Society in East Kingston; a member of the City of Kingston Democratic Committee, the American Legion, Knights of Columbus and Veterans of Foreign Wars, Joyce-Schirick Post 1386. On January 16, 1954, he married Christine Altomari. Mrs. Berardi passed away July 15, 1990. Surviving are two sons Michael Berardi and his wife Beverly of Kingston, and Gerard Berardi of Manhattan; two daughters Virginia Carmody and her husband Mitch of Syracuse and Bernadette Berardi-McGowan and her husband Michael of Kingston; two sisters Emma Nalepa of Kingston and Lee Finkle of Ulster Park; one brother John Berardi of Kingston; four grandchildren Dante and Dana Marie Berardi and Mitchell Riley and Christina Marie Carmody. Many nieces and nephews also survive. Reposing at the Simpson - Gaus Funeral Home, 411 Albany Ave. on Friday 2-4 and 7-9 p.m. The funeral procession will form on Saturday at 9:15 a.m. A Funeral Mass will be celebrated at St. Mary's Church at 10:00 a.m. Interment with military honors by the Joyce-Schirick Post 1386, V.F.W. and the NYS Military Forces Honor Guard, will be in St. Mary's Cemetery. Memorial contributions may be made to the Vincent and Christine Berardi Memorial Scholarship Fund for John A. Coleman Catholic High School, P.O. Box 1163, Kingston, NY 12402.
To order memorial trees or send flowers to the family in memory of Vincent P. Berardi, please visit our flower store.