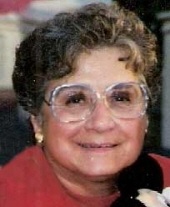 Vivian M. Sprague of Wiltwyck Gardens, Albany Ave., Kingston died Friday, April 29, 2011 at Kingston Hospital. She was 74. She was born in Brooklyn, a daughter of the late Joseph and Mary Schiro Cacioppo. A graduate of Kingston High School, Viv previously worked as a teacher's aide for Rosendale Elementary School. Formerly of Binnewater, Town of Rosendale, she also worked at various area retail stores. A member of the Binnewater Ladies Auxiliary, Viv served on the Town of Rosendale Elections Board and the Rondout Valley P.T.A. She belonged to the Die Bergvagabunden Schuhplattler. Her husband, Art Sprague died February 22, 1997. Surviving are two daughters Patti Longendyke and her partner Bob Schlanger of Kingston and her children Shayna and Travis; Kate Sprague-Hicks and her husband John of Town of Poughkeepsie and their children Sarah and Laurel; one son Ed Sprague and his wife Janine of Samsonville and their children Logan, Tanner and Jadin. Sister of Jay Cacioppo and his wife Charlotte of San Jose, CA, Diane Cacioppo of Asheville, NC, Marie Shaw of Kingston and the late Carl Cacioppo. Many loving nieces and nephews also survive. Viv touched many lives and was a "mother and grandmother" to many. Reposing at the Simpson - Gaus Funeral Home, 411 Albany Ave., Kingston on Tuesday from 3:00 - 7:00 p.m. A Funeral Service will be conducted at the funeral home on Wednesday at 12:00, Rev. Robert Thompson-Gee will officiate. Cremation will be in Poughkeepsie Rural Cemetery. Private inurnment will be in Fairview Cemetery, Stone Ridge. Memorial contributions may be made to St. Jude Children's Research Hospital, 501 St. Jude Pl., Memphis, TN 38105.
To order memorial trees or send flowers to the family in memory of Vivian M. Sprague, please visit our flower store.