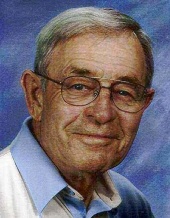 William A. Slover Sr. of Mountain View Court, Town of Ulster died Friday, December 2, 2005 at his home. He was 78. He was born in Kingston on October 14, 1927, a son of the late Percy J. and Clara Graff Slover. A US Navy veteran of WW II, he served with the 7th Fleet in the Pacific Theater of Operations. On September 14, 1952 he married Helen M. Dunkley. Mr. Slover began a career in law enforcement in 1953 with the Kingston Police Department. He was appointed Detective in 1959, Sergeant in 1969 and Deputy Chief in 1974. He received numerous commendations including a Silver Valor Award in 1966 for saving the life of a man in a house fire. He retired from Kingston Police Department in 1981. In 1983 Mr. Slover was appointed Chief of Police of the Town of Ulster Police Department. He retired in April 1989 and served as past president of the Ulster County Police Chiefs Association. A member of the Joyce-Schirick Post 1386, VFW and a 50-year member of the Free & Accepted Masons – Kingston Lodge #10, Mr. Slover was a member and past president of the Town of Ulster Lions Club. He was a member of Redeemer Evangelical Lutheran Church. Mr. Slover was inducted into the Kingston Baseball Hall of Fame in 1987. Surviving in addition to his wife of 53 years are two daughters Cindy Slover-Weatherly and her husband Jim of Houston, Texas, Kathy Hoffstatter and her husband Kenneth of Bellevue, Nebraska; two sons William A. Slover Jr. and his wife Karen of Melbourne, Florida, David Slover and his wife Lisa of Port St. Lucie, Florida, a twin brother Robert P. Slover of Port Ewen, three grandchildren Heather and Jerimiah Hoffstatter and Amber Shaffer, many nieces and nephews. Reposing at the Simpson - Gaus Funeral Home, 411 Albany Ave. on Tuesday from 2-4 and 7-9 PM. The F.& A.M., Kingston Lodge #10 will conduct a ritual on Tuesday afternoon at 3:30. The Joyce-Schirick Post 1386, VFW will conduct a ritual on Tuesday at 7:45. A Wednesday Funeral Service will be conducted at the Evangelical Lutheran Church of the Redeemer, Wurts St., Kingston at 12:00 Rev. Wynemah Hinlicky will officiate. Interment, with military honors by Joyce – Schirick Post 1386, will be in Montrepose Cemetery. Memorial contributions may be made to Evangelical Lutheran Church of the Redeemer, 104 Wurts St., Kingston, NY 12401 or Hospice Foundation, 34 Broadway, Kingston, NY 12401.
To order memorial trees or send flowers to the family in memory of William A. Slover, please visit our flower store.