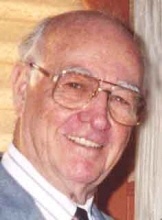 Eulogy offered at St. Mary's Church on February 12, 2009 by Bill's daughter: Dad was a man of contradictions. He was a gentle man who would carefully carry an insect out of the house so it would live, but for most of his life, carried two pistols on his person. He was a man's man, and would get down in the dirt to rebuild car engines, install plumbing, build a deck, or a driveway, even - no problem was too difficult; but I still have memories of him in a frilly apron, or carefully ironing every ruffle in my little dress when he had to be both mother and father to us after mom died in 1958. He had the hands of a mason, yet took great pride in his incredible skills as a lapidary as he carefully designed and fashioned sterling silver and gemstone jewelry when he retired from IBM. He saved everything empty toilet paper rolls, suitcases full of rocks, flashing fluorescent OPEN signs from garage sales in case anyone ever needed one (and Gary did), daily newspapers and National Geographic magazines (still in the original paper wrappers) for 20+ years everything piled up so there was barely room to move in his house yet, he neatly ate one food group at a time off his plate in order from the food he liked least to his favorite. He would growl at his grandchildren, who fondly called him, "Grumpa," but could spend hours with them working on an intricate project or reading the funnies. Dad was, above all, a funny man. He could swear a blue streak if needed, but, most times, his harshest swears were "rotten rattafraterus" and "smongolianmuddledinuck." Dad also had a way with words, and a selection of favorite phrases. Anyone who has spent time with him will be able to finish these: "Anything below 70 degreesbelongs in the refrigerator." "And about that timea flock of bird dogs flew over." "Only if I'm alone .or with somebody." "Any flavor.as long as it's chocolate." And, to anyone who asked, "How are you, Bill?" he'd reply, "Mean as ever!" Dad was truly a unique individual, loved his wives, both of them, and his children and grandchildren, each of them, unconditionally, and, these past few years, flirted with all his nurses shamelessly. He made everyone smile, always had a twinkle in his eye and a joke ready, and, will be enormously missed. Love, Pam ----------------------------------------------------- William E. Mayhon, Sr., formerly of Lawrenceville St., Town of Ulster died Sunday, February 8, 2009 at Nyack Manor Nursing Home, Valley Cottage. He was 86. He was born in Tolar, NM on January 7, 1923, a son of the late William Charles and Mae Mayhon. A US Army veteran of WW II, he served in the European Theater of Operations. Mr. Mayhon moved to this area after service and lived on Lawrenceville St., Town of Ulster for many years. Mr. Mayhon worked, for 25 years, as an engineer at I.B.M., Kingston and Poughkeepsie. After retirement he designed and created silver jewelry with semi-precious stones at the His 'n Her Shop. A member of the Joyce - Schirick Post #1386, he moved to Rockland County in 2006. His first wife, Emma DeCicco Mayhon died in 1958, his second wife, Lucy DiMicco Mayhon died in 1999. Surviving are two sons William Mayhon Jr. and his fiance Robin of West Hurley and Gary Mayhon and his wife Judy of Hurley; one daughter Pamela Deming and her husband Michael of New City, six grandchildren Billy and Lance Mayhon, Jocelyn and Alana Mayhon, Jeneva and Madison Deming; many nieces and nephews. Reposing at the Simpson - Gaus Funeral Home, 411 Albany Ave. on Wednesday from 4:00 - 8:00 p.m. Family and friends will gather at St. Mary's Church on Thursday at 10:00 a.m. for a Funeral Mass. Interment will be in St. Mary's Cemetery.
To order memorial trees or send flowers to the family in memory of William E. Mayhon Sr., please visit our flower store.