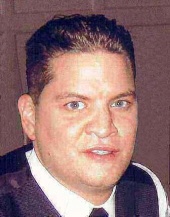 Zachary Ellis Green, of Brink Road, Saugerties, was brought home on June 12, 2011, and is now at peace. He was 33. Zach was born in Kingston and graduated Kingston High School, Class of '95. He then moved to Florida and attended Broward County College in Ft. Lauderdale while achieving success as a BMW car salesman. In 2002 Zach returned to this area and began a career in the restaurant business, working in several local eateries. For the past several years he worked alongside his father at Wiltwyck Golf Club, most recently as a chef. He was passionate about cooking and enjoyed skiing and snowboarding. Beloved son of William H. and Patricia L. Herman Green of Saugerties; loving brother of Nicole Pomeroy and her husband Brendan of Norwalk, CT. Zach is also survived by his grandmother Edna Felt of Saugerties, as well as many aunts, uncles and cousins. The Green Family is forever grateful to Zach's aunt, Debbie Herman, for her tireless efforts to bring him home. Reposing at the Simpson-Gaus Funeral Home, 411 Albany Avenue, Kingston on Saturday from 1:00 – 4:00 p.m. A Funeral Service will be conducted at the Hurley Reformed Church on Monday at 1:00 p.m. Cremation will follow at Poughkeepsie Rural Cemetery. Contributions, in Zach's memory, may be made to Eagle Valley Search Dogs, 600 Clove Valley Rd., High Falls, NY 12440.
To order memorial trees or send flowers to the family in memory of Zachary Ellis Green, please visit our flower store.