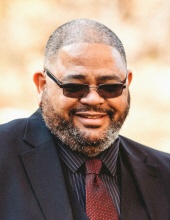 Born in the South Bronx, he was the son of Helena Severin of Brooklyn and the late Willie Grant Pannell.

Zac graduated from Bard College in 1978. During his senior year he met his wife Nancy Santiago (née Lehmann) whom he married on June 9, 1979. Zac retired in 2020 from his job as a caseworker at Ulster County DSS. Prior to that he worked at Rest Assured Alarms and Iron Mountain Group.

Family was the most important thing in Zac’s life. He had enjoyed camping in every form. He was in the Boy Scouts while in high school and then a leader for Cub Scout Pack 12 in Kingston. He was a kind and patient person and a loving husband, father, son, brother, uncle and friend. Zac could fill a room with laughter with his quick wit and great sense of humor. He was an amazing cook, especially BBQs, and went all out for his family Thanksgiving dinners.

In addition to his father, Zac is predeceased by a sister, Martina Santiago and two brothers, Ivor and Ian Pannell.

The funeral service and inurment for Zac will be privately held.

Simpson-Hammerl Funeral Home is honored to assist the family of Zac with the arrangements.

Online condolences may be left for Zac’s family by visiting www.SimpsonHammerl.com

To order memorial trees or send flowers to the family in memory of Zachary Santiago, please visit our flower store.