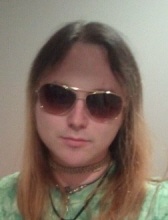 Adam J. Rider, 28, of Lake Katrine, died unexpectedly Friday, March 29, 2013 at the Kingston Hospital. Born in Kingston, Adam was a son of Mark Rider (Michelle Fowler Rider) of AveRill Park, NY & Lauralie Peone Coddington (Clinton C Coddington Sr.) of Kingston. Adam was a Kingston High School Graduate and was a chef at Santa Fa Restaurant. A lover of music and an accomplished, self taught musician, he played bass guitar in the New Hope for Life church band in Nassau. He enjoyed cooking, baking, movies, video games and spending time with his friends and family. Adam was a computer buff who built his own computers. He was extremely talented, caring and sincere. He is greatly loved and will be truly missed by many. In addition to his parents, Adam is survived by his older brother, Keith Rider, younger sister, Julie Rider both of Kingston. Four step siblings, Clinton Jr. and JoAnna Coddington, both of Kingston, Jay and Deanna Fowler, both of AveRill Park, Two step grandmothers Karen Cathers of New Paltz and Bertha Coddington of Kingston. Many aunts uncles nieces nephews and cousins also survive. He was preceded in death by his grandparents, Salvatore and Anne Peone, Eleanor and Asa Rider as well as many other family members. The family will receive friends at the Simpson-Gaus Funeral Home, 411 Albany Ave on Wednesday, April 3, 2013 from 6-8 PM. Interment will be private. In Lieu of flowers donations can be made to the family.
To order memorial trees or send flowers to the family in memory of Adam J. Rider, please visit our flower store.