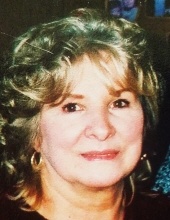 Born in Queens, NY, she was the daughter of the late Walter and Mildred (Giefer) Hager.

Ann was employed for 28 years at Hercules and later Ireco of Port Ewen until her retirement in 1996. She was a dedicated mother and grandmother. She also loved music and dancing, and in her earlier years, she was especially fond of attending sock hops. Ann’s favorite performer was Elvis, and she enjoyed the music of the 1950s.

Ann was predeceased by her son, Joseph Deciano, who died in 2017, and her brother Walter Hager.

The funeral procession will form from the funeral home on Friday at 9:00 AM.

A Funeral Mass will be celebrated at 10:00 AM at St. Joseph’s Church, Kingston.

Interment will be at the discretion of the family.

Donations in Ann’s honor may be made to the Alzheimer’s Association Hudson Valley Chapter, 2649 South Road, Suite 101, Poughkeepsie, NY. 12601
To order memorial trees or send flowers to the family in memory of Ann Deciano, please visit our flower store.