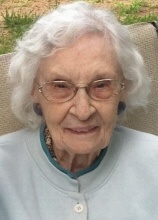 Betty Doris Waples, 94, of Kingston, died Tuesday, May 23, 2017 at Malta, N.Y. Born in Saugerties, she was the daughter of the late David and Katherine Burhans Cole. During WW II, Betty worked at RCA Victor in Saugerties and then for Skyline Manufacturing in Kingston. She was a member of the First Capital Travel Club and a former member of Trinity Methodist Church. Doris enjoyed traveling with her late husband and taking bus trips to Casinos. She loved music, especially show music. Betty is survived by two nephews Noel and Joseph Bonacci, their wives Alice and Antoinette and their children and grandchildren. She is also survived by her sister-in-law Jackie Benecase and her family. She was predeceased by her husband of 56 years, John K. Waples, whom she married on September 8, 1951, in Kingston, NY. She was also predeceased by her two sisters, Clare Ullrich and Ethel Bonacci, and her brother-in-law Joe Benecase. Doris had been a resident at Atria Crossgates Senior Living in Albany and The Home of the Good Shepherd in Malta, New York, for the past six years. She had a close relationship with other members of the family and friends including the late Frank Bonacci, Beverly and Al Goodwin, Harriet and Preston DeWitt, Almeda Burnett and Althea. Betty will be reposing at the Simpson-Gaus Funeral Home, 411 Albany Avenue, Kingston, N.Y. on Saturday, May 27 from 9 AM 11 AM. A Funeral Service will be conducted at the funeral home at 11:00 AM. Interment will follow in Mt. Marion Cemetery.
To order memorial trees or send flowers to the family in memory of Betty D. Waples, please visit our flower store.