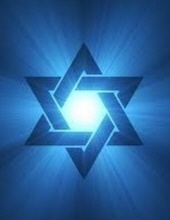 Carl Lipton, 86, of Eastham, MA, formerly of Kingston, died July 9, 2019 at his home.
Carl was a lifelong Kingston resident until moving permanently to his summer home on Cape Cod in 2009.

Born in Kingston, he was a son of the late Julius and Mabel Kirschner Lipton. Carl was a 1950 graduate of Kingston High School, a 1954 graduate of Rensselaer Polytechnic Institute, where he obtained a Bachelor of Management Engineering degree and a Master’s degree in Industrial Engineering. Carl was a Senior Program Manager at I.B.M.in Kingston for 35 years. He retired in 1991 and belonged to Quarter Century Club. He was a member of SCORE (Senior Corps of Retired Executives) Ulster County Chapter where he was a two term Chapter Chair, and an Associate District Director Member of Congregation Ahavath Israel where he was a three term president and financial secretary. He was also a member of B’Nai Brith.

In addition to his parents, Carl was predeceased by his wife Roslyn Lipton who passed in 2010, and a sister, Evelyn Samuels

Online condolences may be left for the family of Carl by visiting www.SimpsonGaus.com
To order memorial trees or send flowers to the family in memory of Carl Lipton, please visit our flower store.