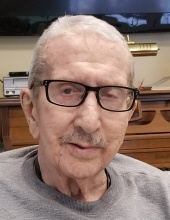 Born in Union City, NJ he was a son of the late Henry J. & Mary T. Whateley Schichtel.

Lee was married for 62 years to Margaret A. LaMarca Schichtel until her passing in 2003. He retired from IBM Kingston in 1981, where he was employed for 25 years. Lee loved to run and won a bronze medal at the 1937 Penn Relays. He ran races in the Kingston area into his eighties. He was an avid Yankees fan and was thankful to God and family. Lee and Margaret were parishioners of Saint Joseph’s Roman Catholic Church.

Lee is survived by three children, Robert L. Schichtel of Needham, MA, Lee A. Post of Blairsville, GA and Michael L. Schichtel of Lorton, VA. He had seven grandsons and two great granddaughters.

Simpson-Hammerl Funeral Home, 411 Albany Ave is honored to assist the family with the arrangements.
To order memorial trees or send flowers to the family in memory of Charles Schichtel, please visit our flower store.