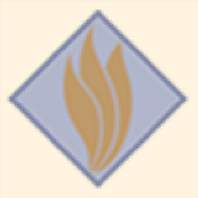 Claire Corcoran, 105, of Lake Katrine, died Monday, April 23, 2018 at Ten Broeck Commons. Born in Smithtown, New York, she was a daughter of the late Jacob & Rosalia Zdrojewsky Wroblewski. Claire is survived by two grandchildren, Robert J. Corcoran, Jr. and his wife Laura, and Kathleen Schueler and her husband Robert, three great grandsons, Ryan, Andrew, and Michael. Several nieces and nephews also survive. In addition to her parents, Claire was predeceased by her husband, Michael Corcoran who passed in 1985, her son, Robert, two sisters, Helen Mazdin and Sophie Appa, and two brothers, Edward Wroblewski and Frank Wroblewski. The family will receive friends at Immaculate Conception Church on Saturday, April 28, 2018 from 10:00 to 11:00 AM. A Funeral Mass will be celebrated at 11:00 AM at the church. Interment will follow in Mt. Calvary Cemetery. The family would like to thank the staff at Ten Broeck Commons for their care and support during the entirety of "Claire Bear's" stay at their facility. We are grateful for the love and comfort they shared. The family requests, in lieu of flowers, memorial donations be made to Ten Broeck Commons, 1 Commons Drive, Lake Katrine, NY 12449.
To order memorial trees or send flowers to the family in memory of Claire Corcoran, please visit our flower store.