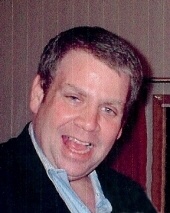 Daniel Danny Dougherty, 51 of Kingston, died Tuesday, October 9, 2018 at HealthAlliance Hospital Broadway Campus. Born in Queens, he was a son of the late David Dougherty and Philomena Cafferty Dougherty of Kingston. All who knew him know he was the most loyal and generous of men. He enjoyed spending time with his family and friends. In addition to his mother, Danny is survived by two sisters, Patricia Fricker and her husband Walter of Mount Dora, FL and Loretta Gallo and her husband Fred of Pelham, NY. Three nieces Cassidy Fricker, Shannon Fricker, Hannah Gallo and one nephew, Joshua Gallo also survive. Danny will be reposing at the Simpson-Gaus Funeral Home, 411 Albany Ave on Friday, October 12, 2018 from 4-7 PM. The funeral procession will form from the funeral home on Saturday at 9:00 AM. A Funeral Mass will be celebrated at 10:00 AM at St. Joseph Church. Interment of Dannys cremated remains in Blue Mountain Cemetery will be held at a later date.
To order memorial trees or send flowers to the family in memory of Daniel "Danny" Dougherty, please visit our flower store.