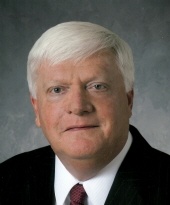 David A Blakely (Bubby) 65 of, Apple Hill Road of Hurley, died Saturday, July 19th, 2014 at Benedictine Hospital. He was born in Kingston, New York, the son of the late David A Blakely and Rita Lang Blakely. He graduated from Kingston High School in 1967 and Ulster County Community College in 1969. At UCCC he captained the golf team, which won the region XV championship. He was named UCCC's scholar athlete. He went on to graduate from Albany State in 1972 then accepted a position at Kingston Oil Supply, holding many positions throughout his entire career. Mr. Blakely was an avid golfer. His love affair of the game began at the age of 14 as a caddy. He was a long time member of Wiltwyck Country Club where he served terms as the treasurer and then president of the board of directors. Highlights of his golf career included making the 36 hole cut in the Ulster County Men's amateur golf tournament (The Herdegen) where he recorded the first hole in- one in the tournament's 38 year history, multiple winner of the Wiltwyck club champion as well as the Wiltwyck invitational. He also served many years as Treasurer on the Ulster County Community College Foundation Board. In 2002 he was inducted into the Alumni Hall of Fame as a distinguished alumnus for his commitment to excellence at SUNY Ulster. In 2008 he was honored at the UCCC's annual gala. His memory will live on thru his wife of 42 years Diane Battaglia Blakely, whom he married on June 3, 1972, his son David P Blakely and his wife Heather of Hurley, his daughter Christina Blakely Agar and her husband Michael of Saugerties; three grandchildren Paige Blakely, Shannan and Kylie Agar; his sisters Jean Woitasek of Hurley, Gloria Zimmerman & her husband Ralph of Hurley, Judy Gaidies & her husband Peter of Stone Ridge, Susan Cutrone & her husband John of Ulster Park, Deborah Golestani & her husband John of Staatsburg, and Beth (Tammy) Bonestell & her husband Paul of Chichester; sister in law Brenda Battaglia Brown & her husband Daniel of Vestal; mother in law Helen Battaglia of Hurley, wife of the late Philip J. Battaglia; several nieces & nephews. David will be reposing at the Simpson-Gaus Funeral Home, 411 Albany Ave, Kingston, on Wednesday July 23rd, 2014 from 2-4 and 7-9 PM. The funeral procession will form from the funeral home on Thursday at 9AM. A Funeral Mass will be celebrated at 10:00 AM at St. Joseph's Church, Wall Street Kingston. Interment will follow in Hurley Cemetery. Memorial contributions in his memory may be made to the Kevin E. Zimmerman Memorial Music Scholarship care of the Ulster County Community College Foundation Inc., PO Box 557, Stone Ridge, NY 12484.
To order memorial trees or send flowers to the family in memory of David A. Blakely, please visit our flower store.