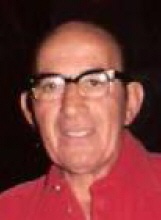 Dominic J. Perry of Florida St., Connelly died Wednesday, January 16, 2008 at the Stratton VA Medical Center in Albany. He was 88. He was born October 27, 1919 in Kingston, a son of the late Andrew and Frances Spadafora Perry. Mr. Perry served in the US Army during WW II and was awarded the Purple Heart. For 35 years, he owned and operated Perry's Dairy in Kingston. He then worked as a vehicle repairman for Amerada Hess Corp. for ten years and then at Grand Union. Mr. Perry also did security work with Shire Reeve at the Golden Hill Health Care Center. Formerly of Kingston, Mr. Perry has lived in Connelly for 24 years. He was a parishioner of St. Mary's Church. He is survived by his wife of 67 years, Evelyn "Erbie" Gilyardi Perry, his son, Tyrone and his wife Patricia of Fairfield Glade, TN; a sister, Mary Grassi of Philadelphia, PA, three grandchildren, Kim Stedman, Erin Wigman-Nilssen and Tina Perry, seven great-grandchildren, one great-great grandchild, many nieces and nephews. Four brothers, Louis, Robert, Al and James Perry and two sisters, Lillian Serota and Dolores Saccoman died previously. Reposing at the Simpson-Gaus Funeral Home, 411 Albany Ave., Kingston on Monday from 2 - 4 and 7 - 9 pm. The funeral will form at the funeral home on Tuesday at 9:15 am and process to St. Mary's Church for a 10:00 am Funeral Mass, celebrated by Fr. Edmond Burke. Interment, with military honors by Joyce-Schrick VFW Post 1386 Color Guard, will follow in St. Mary's Cemetery. Memorial contributions may be directed to the Fisher House, 113 Holland Avenue, Albany, NY 12208.
To order memorial trees or send flowers to the family in memory of Dominic J. Perry, please visit our flower store.