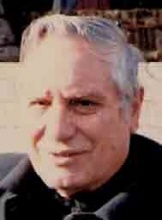 Don Agostino H. Zitelli, a Roman Catholic Priest from the Diocese of Caserta, Italy, died Wednesday, December 8, 2010 at Kingston Hospital. He was 89. He was born in Recale, Italy, a son of the late Antonio and Marianna Iadicicco Zitelli. Don Zitelli was ordained a Roman Catholic Priest on March 6, 1944 in Caserta. He then pursued an academic career and received a Ph.D. in Philosophy and Italian Literature. Don Agostino moved to the U.S. and, for ten years, taught Latin in a private school in Whitefish Bay, Wisconsin. In 1963 he became an Associate Professor at SUNY Albany. He retired in 1993 and moved back to Italy. He then received Papal Dispensation to celebrate Mass in Caserta. In April he moved to his son's Elmendorf St., Kingston home. Father of Anthony G. Zitelli of Kingston and Lorie Troiani and her husband Stevan Abelson of Saratoga; brother of Rita Zitelli of Caserta, Italy, Mario Zitelli of Naples, Italy and the late Franco and Adele. Several nieces and nephews also survive. Reposing at the Simpson - Gaus Funeral Home, 411 Albany Ave. on Saturday from 8:30 - 9:30 a.m. The funeral will then process to St. Joseph's Church for a 10:00 a.m. Funeral Mass. Entombment will follow in Wiltwcyk Community Mausoleum.
To order memorial trees or send flowers to the family in memory of Don Agostino Hugo Zitelli, please visit our flower store.