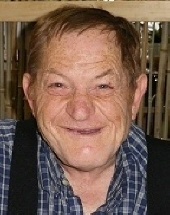 Donald Flatt, 68, of Saugerties, died Wednesday, March 4, 2015 at his home. Born in New York City, he was a son of the late Anna Flatt, who passed in 2010. Donald was a fan of oldies music and Elvis Presley. He had a large collection of cd's. He loved to cook, drink coffee, shop for electronics, especially radios. Donald was very friendly and seemed to make a connection with everyone he met. Donald is survived by many friends, including his Ulster Greene ARC family in Saugerties. In addition to his parents, Donald was predeceased by a sister. Donald will be reposing at the Simpson-Gaus Funeral Home, 411 Albany Ave. on Friday, March 6, 2015 from 11:00-12:00 PM. A Funeral Service will follow at 12:00 noon at the funeral home with Rev. Darlene Kelley from the Clinton Ave United Methodist Church officiating. Interment will follow in the Ulster-Greene ARC section in Montrepose Cemetery.
To order memorial trees or send flowers to the family in memory of Donald Flatt, please visit our flower store.