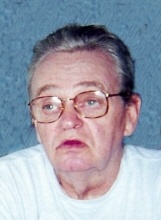 Donald Purdy, 81, a lifelong resident of Kingston, died Saturday, May 6, 2017 at HealthAlliance Hospital Broadway Campus. Born in Kingston, he was a son of the late Lester & Elizabeth Gorsline Purdy. Don worked for the Franklin Pharmacy, formerly of Kingston; for 30 years. He also worked in the housekeeping department at Benedictine Hospital until retirement at age 62. Don enjoyed volunteering for the Grandparent Program during the school year. He liked being around children and helping them. He also enjoyed playing softball, coaching little league, bowling and camping. Don was also an avid New York Mets and New York Knicks fan. Don is survived by three children, Rhonda Langton and her husband Mark of Port Ewen, Robert Purdy of New York City and Donald Purdy and his wife Terry of Cedar Park, TX, a sister, Dolores Brookes of Milton, three grandchildren, Diane Purdy, Donna Purdy and Paul Shultis. His companion, Margaret Anne DeAngelis also survives. In addition to his parents, Don was predeceased by two daughters, Laura Purdy and Diane Purdy. Don will be reposing at the Simpson-Gaus Funeral Home, 411 Albany Ave on Wednesday, May 10, 2017 from 2-4 and 7-9 PM. A Funeral Service will be held on Thursday at 10:00 AM at the funeral home. Interment will follow in St. Mary's Cemetery.
To order memorial trees or send flowers to the family in memory of Donald Purdy, please visit our flower store.