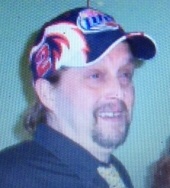 Donald "Donnie" H. Schoonmaker III, of Saugerties, died Thursday, April 16, 2015 at HealthAlliance Hospital Broadway Campus. Born in Kingston, he was a son of the late Donald H. Schoonmaker Jr. and Naomi Herb Schoonmaker of Kingston. Donnie was a fourth generation carpenter and a union foreman, and he was widely regarded by his peers for his outstanding work and his easygoing nature. Donnie gave to the community, helping to establish the Mount Marion Community Association, and the Mount Marion Athletic Club, where he coached little league, built the concession stand and ran the grill. He was a lifelong lover of music, and he DJ'd the MMCA community functions and the Mount Marion Elementary School dances. In addition to being a great carpenter, a great father, and a great husband, he also threw a great party. Over the last decade, Donnie, alongside his wife Denise, fought a series of very serious medical problems associated with cancer and strokes, at one point even surviving massive brain surgery. Each time he pushed through to get back to the life, the family, and the work that he loved. For such a softhearted man, he proved to be exceedingly tough. Every person who knew Donnie walked away a little bit cooler, touched by his love for life and his zeal for a good time. Donnie is survived by his wife of 14 years, Denise Schoonmaker; a son, Evan D. Schoonmaker, and his wife Laurajean Zaino; two sisters, Kathi J. Schoonmaker, and Carol L. Woerner and her husband Lawrence. One grandson, Julian F. Schoonmaker, and one niece, Jessica J. Jones, also survive. A party will be held in celebration of Donnie's life on Wednesday, April 22, 2015 from 6-10 PM at the St. Mary's Benevolent Society Hall, 188 North St. Kingston. All who knew him are invited to come and share a drink and a few words about the man they loved. The family is very thankful for all the support Donnie received in life, and asks that any memorial donations be made in support of Don's widow.
To order memorial trees or send flowers to the family in memory of Donald Schoonmaker, please visit our flower store.