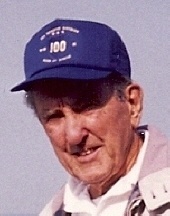 Edmond G. Ewin, 94, of Tillson, formerly of West Shokan and Yonkers, died, Thursday, February 28, 2013 at Benedictine Hospital. Born in the Bronx, he was the son of the late Edmond J. & Martha McCormick Ewin. Edmond was a veteran of WWII having served in the US Army. He was schooled at St. Mary's Parochial School and graduated from Evander Childs High School in the Bronx. He served his apprenticeship in the lever lace industry and was proud to be the fourth generation of his family to enter that trade. He was inducted into the Army in February, l942 and served first with the 88th Glider Infantry. He qualified for the Air Force Training Program and entered Butler University as an Air Force Cadet in the spring of l944. The program was disbanded and he was transferred to Company C, 399th Infantry Regiment of the l00th Division. The Company entered combat in the late fall of l944 and saw action in Alsace Lorraine and Germany He was awarded the Combat Infantry Badge, American Service Medal, EAME Service Medal, Good Conduct Medal, two Presidential Unit Citations, World War II Victory Medal and the Bronze Star Ed retired from the New York Telephone Company as a switchman. He spent the retirement years traveling and enjoying life to the fullest. He loved living in the Catskills and the time spent with the family, boating, golfing and "fixing" Edmond is lovingly remembered by his wife of 68 years, Joan Jackson Ewin of Tillson, three children, Nancy Ewin Spooner and her husband Thomas of Kenai, AK, Edmond G. Ewin, Jr and his wife Carol of Poughquag, Kathleen Ewin Guido and her husband Gary of Tillson, Four grandchildren, Sarah Spooner of Eugene, OR, Suzanne Guido-Gross of Oakton, VA, Christopher & Gary Guido of Tillson, One great grandson, Rory Jackson Gross. In addition to his parents, Edmond was predeceased by his sister, Adele V. Ryan, who died in 2010. The family will receive friends at the Simpson-Gaus Funeral Home, 411 Albany Ave., on Sunday, March 3, 2013 from 3-5 PM. The funeral procession will form at 9:00 AM on Monday from the funeral home. A Funeral Mass will be celebrated at 10:00 AM at St. Joseph's Church. Interment will follow in the Gerald B.H. Solomon Saratoga National Cemetery, Schuylerville, NY. The family requests that memorial donations be made to the St. Jude Children's Research Hospital, 262 Danny Thomas Pl Memphis, TN 38105.
To order memorial trees or send flowers to the family in memory of Edmond G Ewin, please visit our flower store.