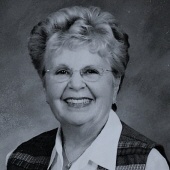 Esther R. ("Toots") Peters, 91, of Maple Arch Homestead, Old Route 209, Hurley, passed away on Tuesday, February 22, 2017 at Golden Hill Nursing & Rehabilitation Center. After the Long Good-Bye, Tootsie's daughters and grandchildren were finally able to say farewell. Toots spent her last years at Golden Hill Nursing Home & Rehabilitation Center where she received the finest of care from the Staff. During her time there she digressed from being the most popular girl on her floor to become a lost and quiet shell of herself staring back blankly at family and staff. And although she lived to 91, sadly her affliction with Alzheimer's left her forgetting her friends while outliving most of them. That's not the classy lady her family remembers "Toots" was born in Camden, NJ, the only child of the late Charles & Esther Schild. She was a wartime bride, marrying the love of her life, US Navy Seabees Ensign Wilbur R. "Pete" Peters Jr. before he shipped out to the Pacific Theatre during WW II. Wilbur passed away in 2007 after 62 years of married life. Following the war, Toots and Pete lived in Boston while he completed his degree at MIT. They then moved to Poughkeepsie, NY before finally settling in Hurley in 1958. They also enjoyed their winter residence in Hollywood, FL. Toots' world revolved around her family, golf and bridge. She especially enjoyed doting on her grandchildren but was never able to appreciate the love and unique personalities of her seven beautiful great-grandchildren.She was a long time member of the Hurley Reformed Church, Wiltwyck Gold Club and a Kingston Hospital Auxiliary Volunteer. She also volunteered for numerous local charitable events. Esther is survived by her three daughters Donna Lynn Colao of Hurley, Kate Fiore and her husband Tony of the Town of Ulster, and Ellen Marie Peters and her companion Bruce Elliott of Kerhonkson; six grandchildren Stacey Colao Gardner and her husband Ron, Mary Kay Lindhorst and her husband Brian, Charles Colao, Christine E. Fiore-Butler and her husband Kevin, Peter Davis, Stephanie Davis-Quick and her husband Wayne; seven great grandchildren Garrett, Paige, Matthew, Aidan, Ava, Kiera and Mackenzie and several nieces. Esther will be reposing at the Simpson-Gaus Funeral Home, 411 Albany Ave on Friday, February 24, 2017 from 10:00 AM to 12:00 PM. A Funeral Service will held at 12:00 noon at the funeral home. Interment will follow in Hurley Cemetery. Contributions in the memory of Esther Peters may be made to Alzheimer's Association via check to Alzheimer's Association, P.O. Box 96011, Washington, DC 20090-6011 or phone 1-800-272-3900.
To order memorial trees or send flowers to the family in memory of Esther "Toots" Peters, please visit our flower store.