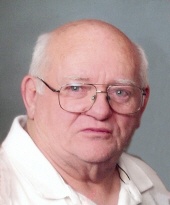 Floyd H. Terwilliger, 80, of West Hurley, died Tuesday, March 8, 2016 at HealthAlliance Hospital Broadway Campus. Born in Kingston, he was a son of the late Frank & Alida Turck Terwilliger. Floyd enjoyed camping, traveling, road trips on his motorcycle and spending time with his family. Floyd is survived by his three children, Rosemary Sheffield and her husband Harry of West Hurley, Floyd E. Terwilliger and his wife Rusty of Saugerties, Sue Terwilliger of Port Ewen. Eleven grandchildren, 10 great grandchildren also survive and many nieces and nephews also survive. In addition to his parents, Floyd was predeceased by his wife Genevieve Castillo Terwilliger, who passed in 2008, a sister, Edith Koontz and a brother, Frank Terwilliger. Floyd will be reposing at the Simpson-Gaus Funeral Home, 411 Albany Ave on Friday, March 11, 2016 from 2-4 and 7-9 PM. A Funeral Service will be conducted on Saturday at 10:00 AM at the funeral home, with Pastor Paul Britton from Immanuel Lutheran Church, officiating. Interment will be privately held.
To order memorial trees or send flowers to the family in memory of Floyd Terwilliger, please visit our flower store.