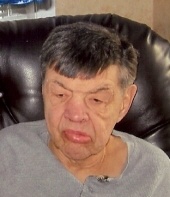 Frank Kulas, of Kingston, died Monday, February 6, 2017 at HealthAlliance Hospital Broadway Campus. Born in Manhatten, he was the only child of the late Anthony and Barbara Briskie Kulas. Frank was well-loved by his parents who cared for him until his early teens, when he then joined the ARC family. His parents continued to visit him weekly until their deaths, always bringing Frank's favorite foods with them, as he was known for his hearty appetite. Frank loved nature and enjoyed the outdoors. He loved animals and was fond of bird watching. Frank also enjoyed music, in particular he was fond of country music and rock and roll. He attended the Pecora Day Program until his retirement in 2014. Frank is survived by his cousin, Diane Oates and his many friends and family at the ARC of Ulster. Frank will be reposing at the Simpson-Gaus Funeral Home, 411 Albany Ave on Thursday, February 9, 2017 from 10:00 AM to 11:00 AM. A Funeral Service will be conducted at 11:00 AM at the funeral home with Fr. George from St. Joseph's Church officiating. Interment will follow in Montrepose Cemetery.
To order memorial trees or send flowers to the family in memory of Frank Kulas, please visit our flower store.