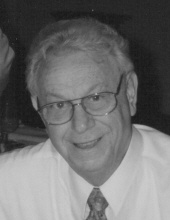 Frank Presti, 89, of Saugerties, passed away peacefully on February 24, 2020 at home with his wife and eldest daughter by his side.

Born in the Bronx and raised in Queens, he was the son of the late Frank Sr. and Adeline (Defini) Presti. He was a loyal fan of the New York Yankees throughout his life and enjoyed bowling and golf until well into his 70’s.

After serving in the Korean War, Frank graduated from Brooklyn Polytech in 1954 with a degree in Mechanical Engineering. He and his first wife Janet, who predeceased him moved to Dutchess County when he started his 34-year career at IBM. While raising their three children there, he also served as President of the Town of Wappingers Little League, was one of the first heads of the Dutchess County Science Fair and served a tenure as President of the NYSPE. He married the former Alice Fedousch in 1986, moving to Ulster County and maintaining a dual residence in Florida, enjoying their “snowbird” status. After his retirement from IBM, they enjoyed extensive traveling and blending their two families.

In addition to his parents, Frank was predeceased by his first wife Janet, his brother Philip and his granddaughter, Tiffany.

The funeral procession will leave the funeral home at 11:30 for a Funeral Service at the Hurley Reformed Church, Hurley at 12:00 noon.

Simpson-Hammerl Funeral Home is honored to assist the family of Frank with the arrangements.
To order memorial trees or send flowers to the family in memory of Frank Presti, please visit our flower store.