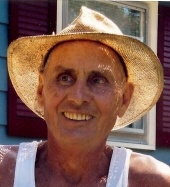 Gail G. Simmons, 80, of Kingston, died, Wednesday, February 4, 2015 at his home. Born in Lew Beach, NY, he was the son of the late Robert & Naomi Collins. Gail was a veteran of the Korean Conflict, having served in the US Army. He enjoyed hunting, fishing and gardening, where he was fond of growing tomatoes and canning his harvest. Gail is survived by his wife of 54 years, Brenda Ertelt Simmons of Kingston, whom he married on October 23, 1960, three children, Dawn Marie Walker and her husband Jayson of Cape Coral, FL, Roy David Simmons and his wife Sharon of Hurley and Holly Lynne Simmons of Kingston, four siblings, Richard Simmons and his wife Helen, Naomi Wells of Livingston Manor, NY, Linda Pierpont of Livingston Manor, NY and William Pierpont and his wife Elaine of Narrowsburg, NY. Several nieces and nephews also survive. In addition to his parents, Gail was predeceased by his sister, Melissa Finch. A Funeral Service will be conducted on Saturday, February 7, 2015 at St. John's Episcopal Church at 11:00 AM. Interment will be held privately. There will be no calling hours. The family requests that memorial donations be made to either St. John's Episcopal Church, 207 Albany Ave. Kingston, NY 12401 or the American Cancer Society, P.O. Box 22718 Oklahoma City, OK 73123-1718.
To order memorial trees or send flowers to the family in memory of Gail G. Simmons, please visit our flower store.