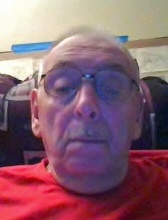 George H. (Pappy) Schaefer, 85, of Kingston, died August 15, 2018 at home. Born in Queens, NY, he was the son of the late Fred and Rose (nee Murray) Schaefer. He was a United States Air Force veteran who served in Japan during the Korean War. George was an avid bowler, hunter, and fisherman. He was a collector of model trains and enjoyed building models, especially ships. He is survived by five sons, Michael and his wife, Lori, of Saugerties, Raymond of Florida, Steven of Rosendale, Thomas and his wife, Jaime, of Saugerties, Eric and his wife, Alicia, of Colorado, two brothers, John Schaefer and George Daly of Long Island, six grandchildren, Zack, Charlie, Holly, Kiana, Caden, Andruw, and a great grandchild, Gavin. Two good friends, Teddy and Kathy Blankshan, of Kingston also survive. His son, Richard Schaefer, and his brother, Freddy Schaefer, died previously. George will be reposing at the Simpson-Gaus Funeral Home, 411 Albany Ave, on Sunday, August 19, 2018 from 4:00 - 7:00 PM A Funeral Service will be held following calling hours at the funeral home at 7:00 PM with Deacon Hank Smith officiating. Interment will be private.
To order memorial trees or send flowers to the family in memory of George "Pappy" Schaefer, please visit our flower store.